Boston Ballet‘s Nutcracker has been a holiday tradition for me for a long long time. One of my first memories is actually of being sick sitting on a booster seat for The Nutcracker at the Wang in Boston, the former home of the Boston Ballet. My mother says I was 5 and slept through much of the ballet. The Nutcracker is magical. The story of a Nutcracker who comes to life on Christmas Eve and a journey to a magical wintery palace….the costumes, the music, the sets…all in the beautiful Boston Opera House.

This year I went with a few girlfriends and we met up at Teatro Restaurant beforehand. I can’t recommend the food there enough. I got linguine with shrimp and it was delicious. It definitely made up for not getting a goodie at the Boston Common Coffee Co, which is my usual pre ballet ritual. Boston Common was beautifully lit up which really set the scene for the winter magic of the ballet. 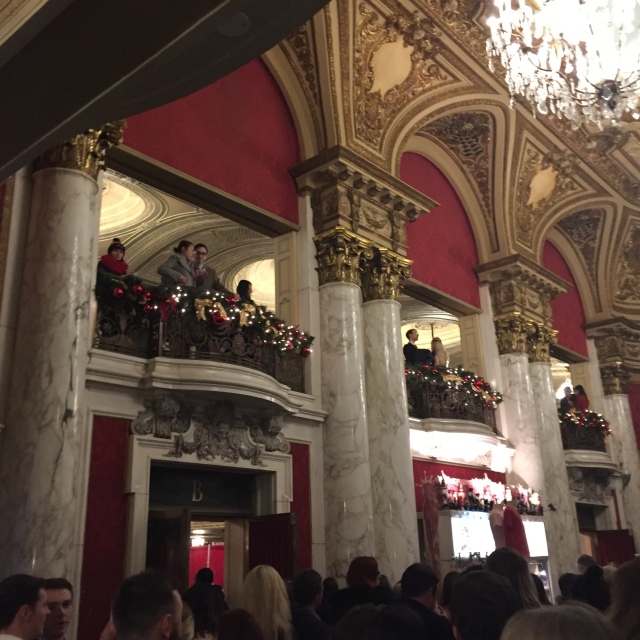 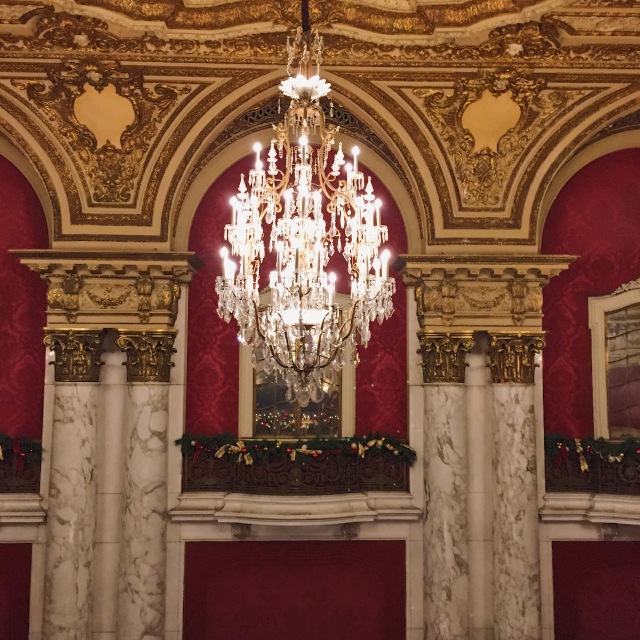 The Boston Opera House was all decked out with Christmas trees and other greenery. We grabbed champagne and Nutcracker gingerbread cookies and head in for the show. One of my former section mates was playing bassoon in the pit orchestra so I went to say hi during intermission. We hadn’t seen each other since I was in 9th grade!! Crazy…oh and thanks Facebook haha! 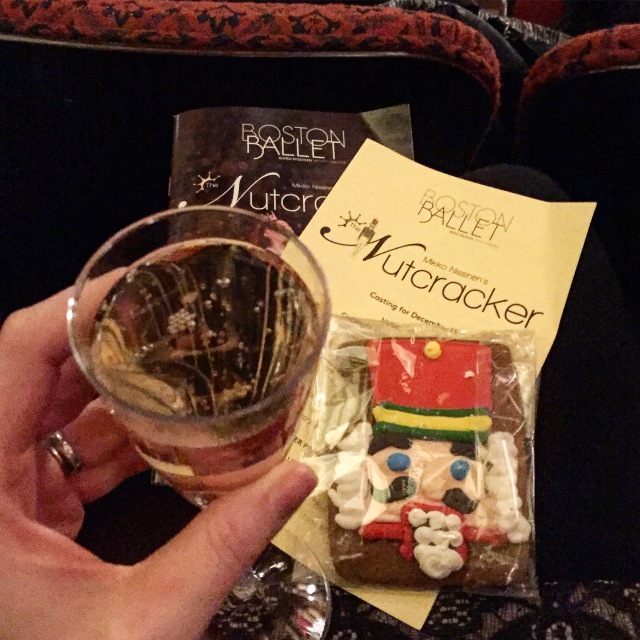 It was a Tuesday night show, so I will admit, the ballet seemed a little skeleton crew-ish? The Nutcracker Prince had to also fill in for the Snow King so the Nutcracker Prince was missing from the last scene when Clara bids adieu to the palace. The dew drop was also missing? Kinda weird, but it was still a great show. I guess its just something to remember for next year.

The Nutcracker has always been a part of my Christmas season. I haven’t been in a while, but I also love the Holiday at the Pops by the Boston Pops Orchestra. What are your holiday traditions??

3 thoughts on “Evening at The Nutcracker”