This fall, the Boston Ballet’s Le Corsaire was the North American premiere of original choreography by Marius Petipa from the 1800s and Ivan Liska from the early 2000s. Petipa’s Le Corsaire originally premiered in St. Petersburg in 1863, and much of this new version was reconstructed by Liska from Petipa’s choreographic notations. Ivan Liska’s version premiered in Munich in 2007, and has now made its way to us in Boston in 2016.

My mother loves the ballet, and so I grew up attending the ballet as well as playing many of the famous classic ballets in youth orchestras. Le Corsaire was beautiful, dramatic, dreamy, and exciting- everything I hoped for. Corsaire is French for pirate, and there are swashbuckling fights, treasure, and scandal! The basic premise is that Conrad, leader of the pirates, falls in love with Medora, the foster daughter of Lankedem. Lankedem disapproves, but eventually agrees to sell Medora to the Pasha. Conrad vows to save Medora, and he rescues her to the pirate island. Lankedem is angered because he will lose his payment from the Pasha so he goes along too, and takes his chance to get Medora back when a fight amongst the pirates breaks out. Conrad wakes from a sleeping poison to find that Lankedem has taken Medora back to the Pasha and vows to again rescue her. Conrad and his fellow pirates go to Pasha’s palace disguised as pilgrims. The Pasha puts on a show for his guests only to have to pilgrims reveal themselves and rescue Medora in the end. The final scene is of the pirates, led by Conrad and Medora, on their ship off to the next adventure!

My husband came to this ballet with me, and we of course observed all rules and traditions of my trips to the ballet. We dressed up (even though I was not feeling great), walked around the Boston Common a bit, got a goodie at Boston Common Coffee Co (carrot pecan muffin top, so good), got a fancy drink at intermission (chardonnay for me), and no making fun of the male ballet dancers, which wasn’t hard at this ballet because they were all pirates. The costumes were exquisite; I especially loved the tutus in the Jardin Anime scene. The next ballet that I will attend will be The Nutcracker in December and then The Sleeping Beauty in the spring. Tchaikovsky and Prokofiev ballets are my favorite 🙂 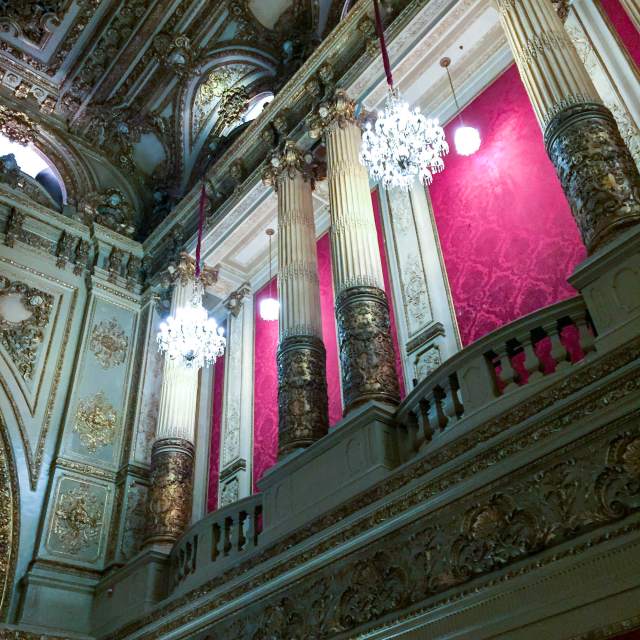 Has anyone out there been watching The Crown on Netflix? I just started, and its been very well done so far. I’ll be honest, I could use more English countryside and horses, but I am only in the 3rd episode.