As I sit here watching Love at the Christmas Table on Lifetime snuggled up with my pup and some hot chocolate, its tough to remember just how cold I was Saturday morning up at Stage Hill Polo! Mizpah (the pup) is actually a bit damp right now because I had to bathe girlfriend after she got into something on the trails today…traildogprobs.

Anyway, I might be in love with polo. I don’t think I have aspirations of playing the crazy upper level polo, but I had so much fun Saturday! We just worked on hitting an arena polo ball at nothing more than a walk. Next time I am hoping for a trot. We’ll see. The groupon deal for these lessons was crazy affordable so I can actually afford to keep riding at my barn too while I take a few more polo lessons.

Not having a horse, finding opportunities like this to spend time with horses is amazing. Stage Hill Polo is run by Peter Poor and they compete at Myopia Polo’s tournaments. His father Joseph Poor and him are both polo legends. I mean, the arena at Myopia is named after Joseph Poor. Peter’s two daughters Amanda & Alyson are also amazing polo players.  I watched Stage Hill Polo play at Myopia recently actually (see the post here!). Dan Keating of Newport Polo learned how to play polo with Stage Hill. Here are some pics from the morning thanks to my amazing fiancé. I rode a horse named Salsa, owned by the Poor family, and her photo hangs at the Polo Museum Hall of Fame. The horses were all in awesome condition, you can tell they are truly loved and taken care of at Stage Hill. 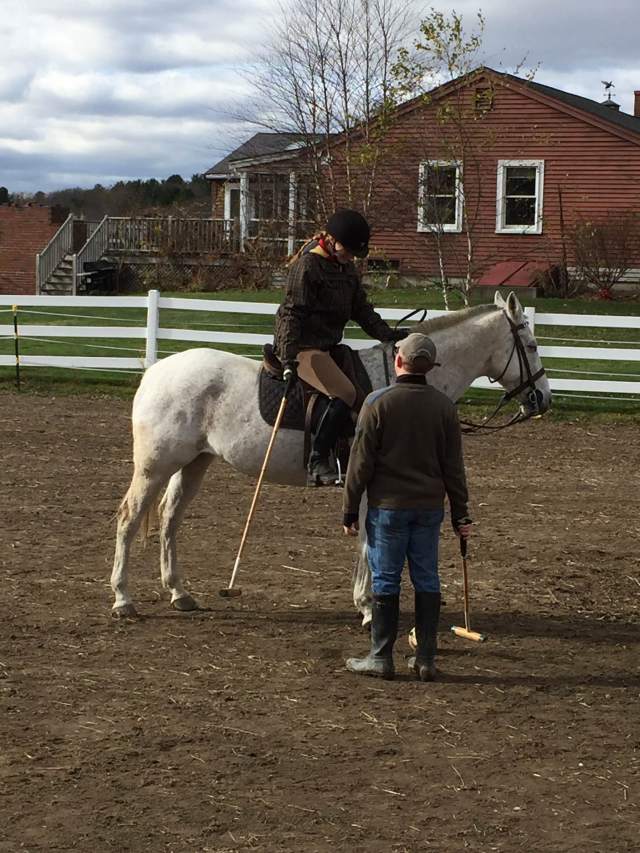 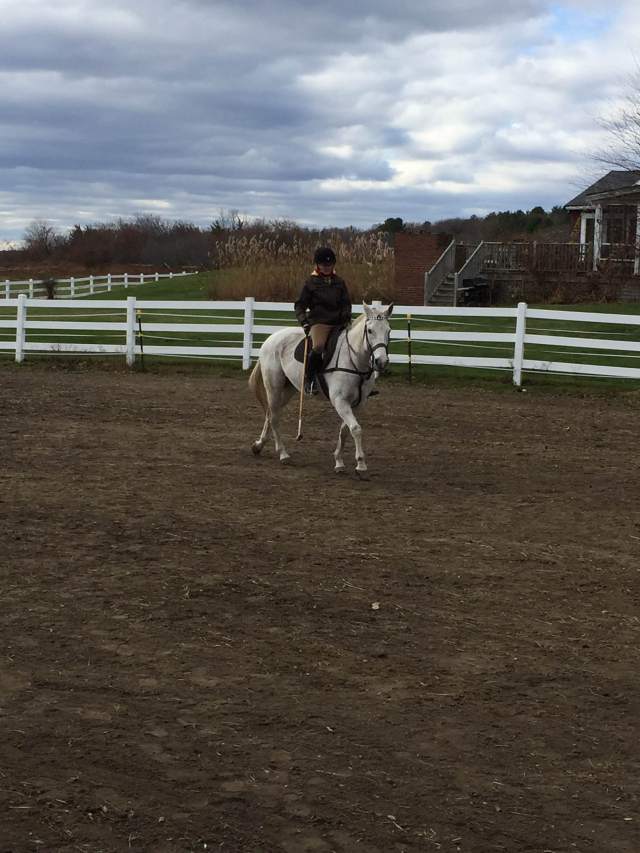 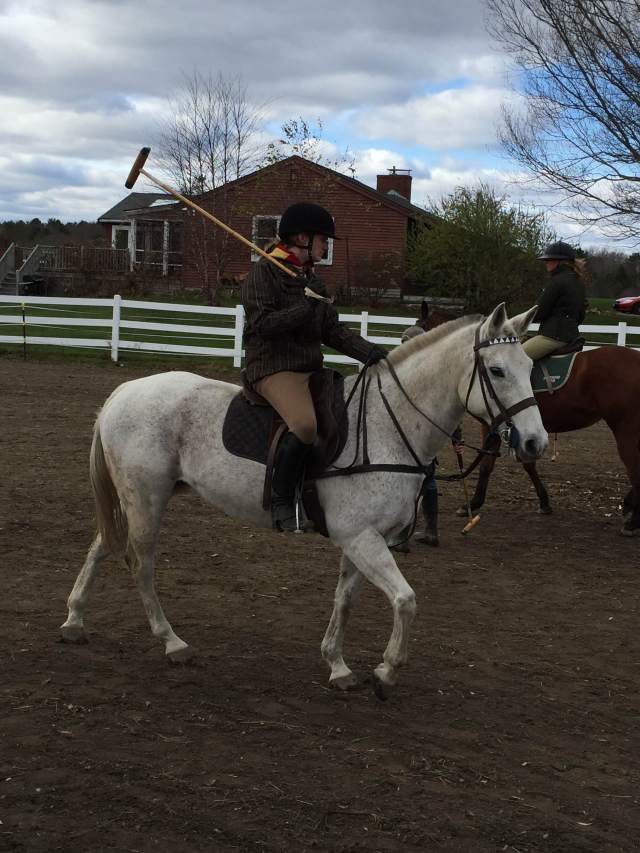 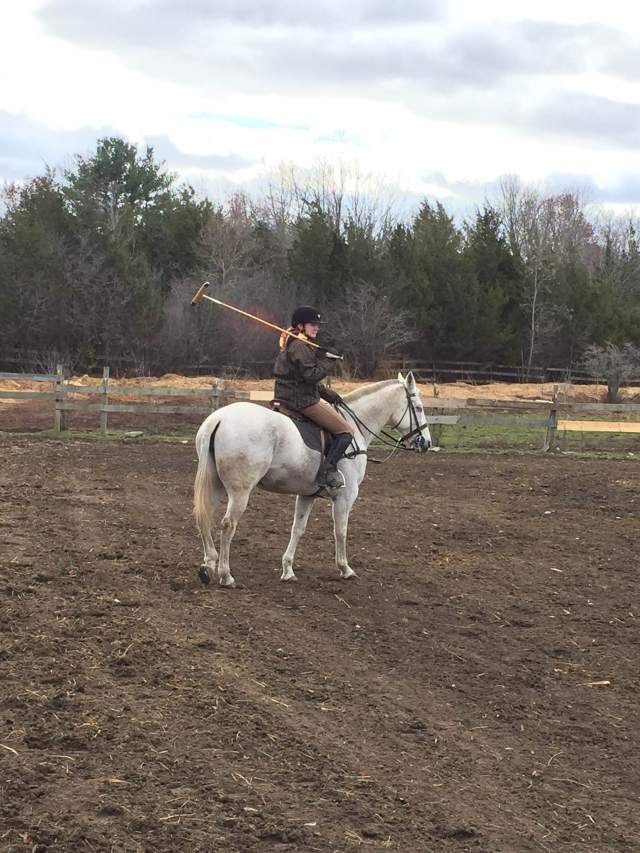 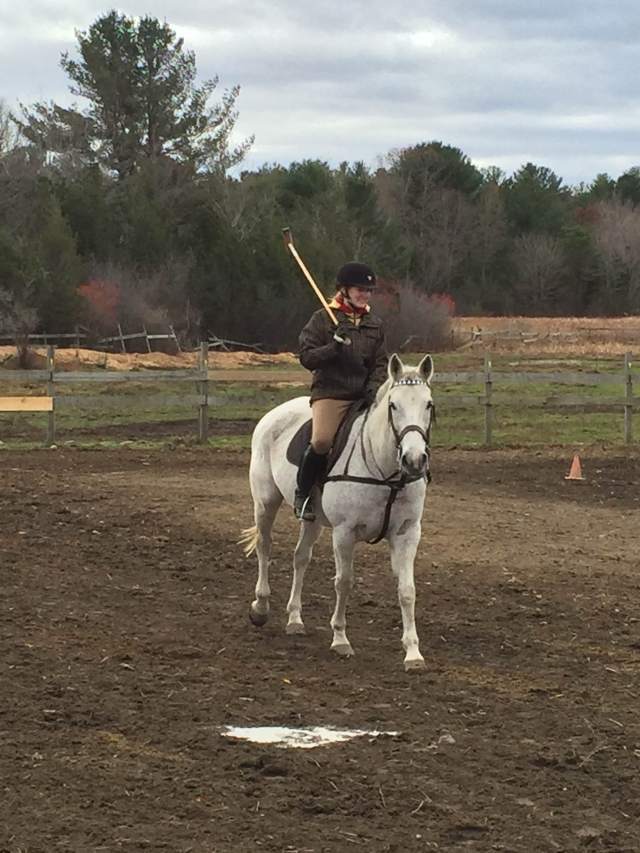 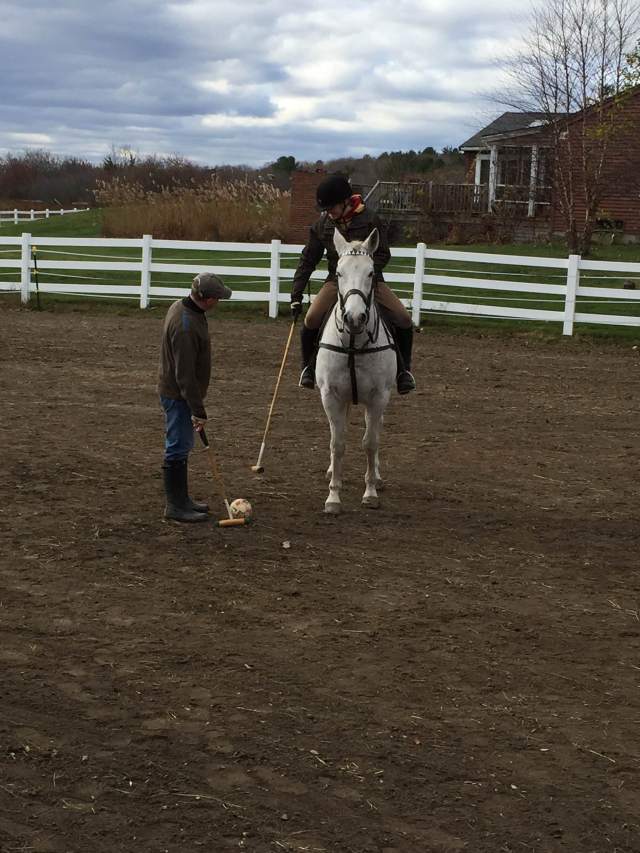 I think that there is a movement right now to make polo more accessible to the masses….instead of 3 amazing polo players and one rich guy which is what we often see in the higher level polo world, Stage Hill Polo is trying to create a polo community….where many moderately committed horse people pay bits of money to participate in the great sport of polo. Making polo less exclusive is profitable. Maybe one person for ever five that shows up for a lesson actually sticks with it, but the more people into the sport, bringing money into these barns, the better for everyone. More teams, more tournaments, more players….sounds good for Myopia. Now I am not saying that there isn’t some serious high quality polo going on at Myopia, because there is, but developing this community will create a feeder system, of younger athletes. We might not be socialites or royalty, BUT we just want to pay a fee to learn and use your horses. We aren’t at a place in our lives where we want our own barn of polo ponies to take care of, but we will contribute to yours in exchange. Stage Hill Polo doesn’t want to hide polo, or hold it up above our heads. Peter Poor wants to bring people in to the world of polo, not keep people out. Do as much as you can do or want to do.

Steve Rudolph was our instructor for this lovely lesson, and he was great. Everyone at Stage Hill was great, it was an awesome experience. The price thanks to Groupon was just right too 😉

One thought on “Polo lessons with Stage Hill Polo”