The first time I went to Jackson NH was back in college. I went cross country skiing around Jackson Village and immediately fell in love. For a New England girl that loves the White Mountains Region in all seasons, Jackson is where its at. First of all, one of the entrances into the village is through a red covered bridge. It’s called the Honeymoon Bridge. Through the bridge, the first inn on your right will be Nestlenook Farm. They have sleigh rides and ice skating there, and it is beautiful all lit up at night. There are so many cute inns with much history in Jackson. Someday I want to stay at the Wentworth Inn in one of the rooms with its own little hot tub on a little balcony. The complete list for lodging in Jackson can be seen here.

No matter where you stay or where you eat in Jackson, the ski culture is ever present. There are two downhill ski areas close by: Black Mountain and Wildcat Mountain. They are very different. Black Mountain is a smaller, family oriented mountain. They do horseback riding and other activities in the summer. This is where you take your family of five to get all the kids skiing, or maybe go with multiple families and the kids can’t get into too much trouble because the mountain isn’t THAT challenging. Wildcat is a different story.  There is certainly beginner terrain on Wildcat, but it is a huge mountain compared to Black Mountain. The lift ticket is more expensive too ($79 vs $55 on a weekend), so probably better for skiers that will enjoy more of the mountain.

Cross country skiing is huge in Jackson as well. The Jackson Ski Touring Center is a nonprofit organization where you can rent cross country skis (skate or classic), snowshoes, and take lessons. (Side note: snowshoeing has gotten really popular lately!) The trail system is expansive. Most of the inns in Jackson are on the trail system which makes it fun skiing from one inn to another. The golf courses for the Wentworth and Eagle Mountain House becomes gentle sloping ski loops, and the trail that goes along the Ellis River is beautiful. There is a cocoa cabin on the Ellis River Trail that has come a long way since I started skiing there. To cross the river from the Wentworth golf course to the Ellis River Trail, you ski through another red covered bridge. So perfect.

All of the restaurants and inns have maps, signs, and memorabilia from the ski areas. Jackson is extremely proud of their ski heritage, and in a few places, you might even see photos of Benno Rybizka who might be the reason for it all. Rybizka was the second in command to Hannes Schneider, who was one of the most prestigious ski instructors in Austria/Switzerland. Carrol Reed had the vision of having a ski school like the ones in Europe here in New Hampshire. At the time, there were no ski resorts in New Hampshire. There were vertical areas that you would climb up and ski down….as many times as the sunlight and your body allowed. Reed raised the money to bring Rybizka over in 1936 and the Eastern Slope Ski School in Jackson began. It ran out of what is now the Wildcat Tavern and lessons were given on a slope on Moody’s Farm. Eventually Rybizka moved on to North Conway and started his ski school there where Cranmore Resort is now, and one is his trained instructors, Arthur Doucette, kept the ski school in Jackson going. He ran his ski school at Black Mountain for 25 years, and also founded the Jackson Fire Dept. The lessons, and money, and excitement that grew from the ski schools led to ski shops and eventually J bar/T bar lifts and now here we are. Downhill skiing is a huge part of the economy in New England, and as this article that chronicled this beautiful history says, it all started here. The article was written in 1965 so many of these historic ski heroes were still alive. Benno’s wife was model turned ski instructor Blanche Rybizka. Check out her photoshoot for Life Magazine in 1945 here. She was/is the epitome of winter slope style. This was in the days when Benno was up at Mont-Tremblant. The couple later divorced and Blanche married Dick Hauserman, one of the founders of Vail. They opened the first business in Vail, a ski shop called Vail Blanche. Her third husband was Cortland Hill, who was a Mammoth Mountain pioneer. The last name that she went by was Christie Hill, not sure if Christie was maybe a nickname due to her middle name or maiden name, Christainsen. She was a pretty remarkable woman, quite the skier- here is an article Vail Daily wrote about her when she passed in 2015 at the age of 100!

The Eating & Drinking Culture in Jackson

Jackson is the type of place that likes to work hard and play hard. Most of the inns have their own restaurant and taverns with nightly dinner and apres ski specials. There are really too many places to name here but I will cover a few of them!

For breakfast, definitely check out one of the inns!! The inns are ready for the folks that want to eat a little something before hitting the trails or have a nice big country breakfast. We have stayed at Christmas Farm Inn in the past and they have a really great breakfast. If you are like me and don’t like to eat a huge breakfast before skiing, get a little something to go from J-Town Deli! They have delicious breakfast sandwiches and burritos. They also have the best variety of Ritter Sport chocolate I have ever seen and stroopwafels!

So when I am out skiing or hiking for the day, lunch is the forgotten meal. We usually eat snacks or just have sandwiches. J-Town Deli is obviously my favorite sandwich joint in town, but I will also say there is a grocery store called Grant’s Shop n Save in Glen which is not far from Jackson to get sandwich stuff and cheap snacks. For me, if there is a meal to save money on during ski/hike days, it’s lunch

Favorite Apres-Ski spots are the Shovel Handle Pub and Wildcat Tavern.  The Shovel Handle Pub is really ski club rustic inside in a good way right next to Black Mountain. They have a great menu if you want to stay for dinner, good drinks, and live entertainment. Wildcat Tavern is my favorite. The vintage ski posters, booths made with double ski lift chairs, great menu, live entertainment, or great bar…..you pick, its all good. Parking can be a little dicey on the street, but it is a great spot. When its busy, settle in because the service can be a little slow, but the atmosphere is so great, I have never minded. 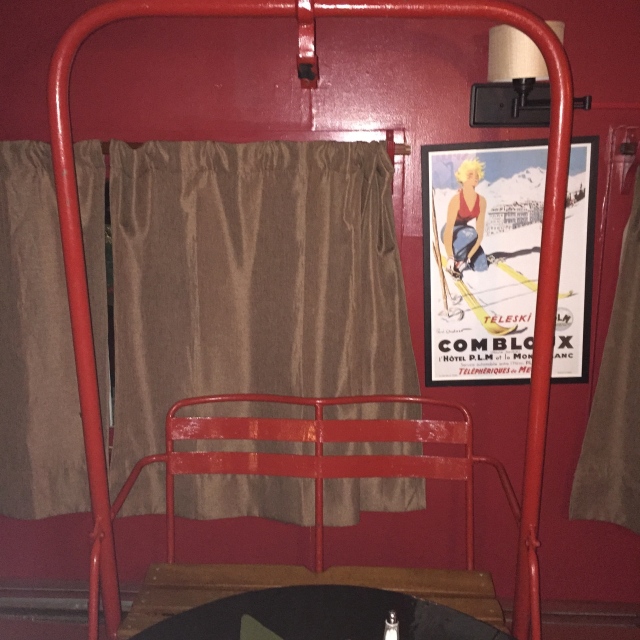 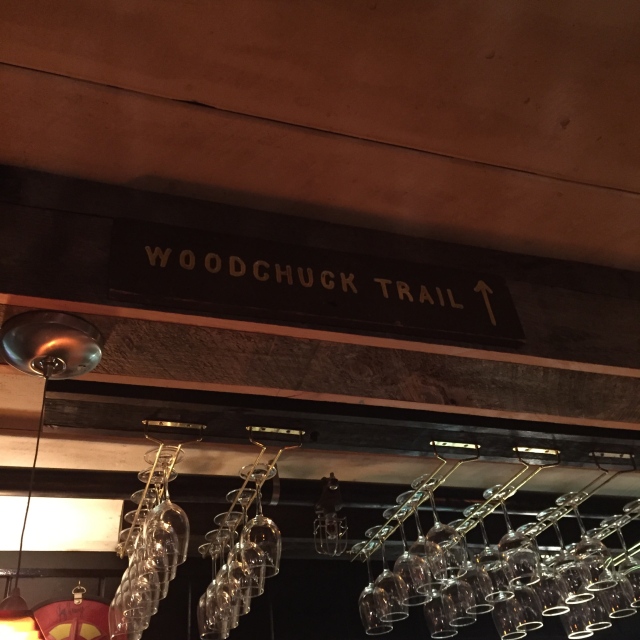 Now, as I have mentioned, most of the inns have dining rooms and taverns where you can get a great dinner. We ate at the Highfields Restaurant at the Eagle Mountain House and it was delicious. Both the Shovel Handle Pub and Wildcat Tavern do a great dinner. For me though, probably my favorite place for dinner is the Red Fox Bar and Grille. Here’s why: they have woodfire grilling and pizzas! This is the Wentworth Golf Course Club restaurant in the summer months, named after a fox that was known for stealing golf balls! It is probably the largest stand alone restaurant in Jackson, and it has TVs which made it a popular destination for playoff football this past weekend. I love the brick oven woodfire pizza there, and they woodfire grill meats and vegetables, so I know this sounds random, but the woodfire broccoli is amazing. There are definitely some cute ski decor type stuff around, but this restaurant is a little more on the modern side of life.

Jackson NH definitely has my heart. Jon and I hope to someday have a little place up in that area and retire up there. I think that North Conway which is a little south might be a little more family friendly- think more hotels with indoor pools instead of the cute inns, bigger restaurants, larger main street, playground- but I love the quiet in Jackson.