This past weekend was so beautiful in Mass. My fiancé was out on his bachelor party with his friends, and I knew that I wanted to take Mizpah to the beach! I was so excited to learn that a couple of my favorite beaches, Good Harbor and Wingaersheek in Gloucester, are off leash every other day in the off-season! Wingaersheek is off leash on odd days, Good Harbor is off leash on even days. I think the season starts May 1? Growing up in Merrimack Valley in Mass meant that the north shore beaches on Cape Ann were the closest beaches. I have many awesome memories of going to Wingaersheek, Good Harbor, and Crane Beach (Ipswich). My mom grew up in Reading MA, so the north shore beaches are her favorite.

Mizpah was literally the happiest dog in the world running in the sand and surf. Wingaersheek has a really fine sand beach, fun rocks to climb and play on, and the water is clear and not very sea-weedy. There were so many dogs there and because it was a dog day, everyone was happy to see dogs. Its nice because if you want to walk the beach without dogs, you just go to the other beach, or wait a day. Keeps everyone happy!

Here are some pics from the beach! My hat is from Harding Lane, monogrammed quarter zip is from Trendy Tulip Designs (Etsy), my boat shoes are Sperry Authentic Originals, and my bracelet which I think you only see in one pic is from KJP but sadly I think the navy/green color for turk’s head bracelets is gone now. 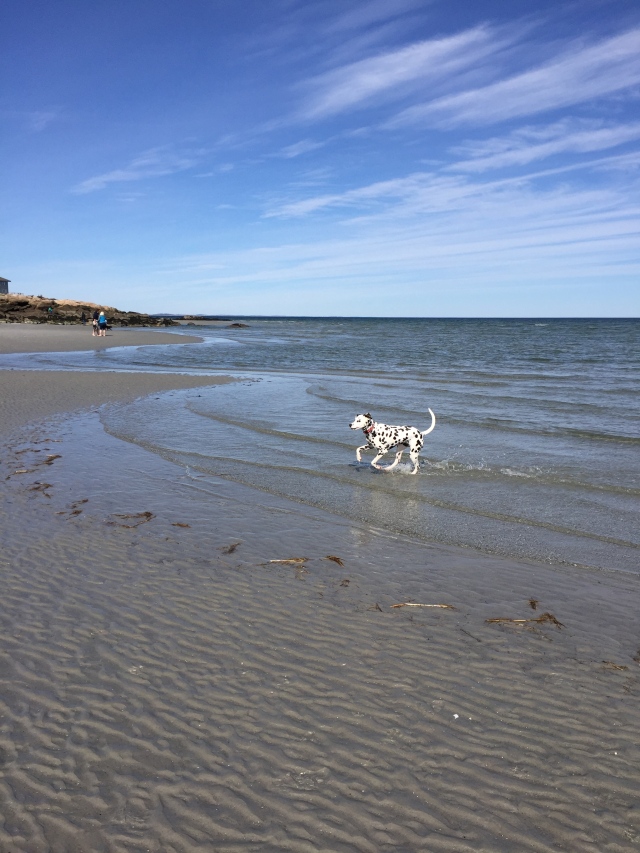 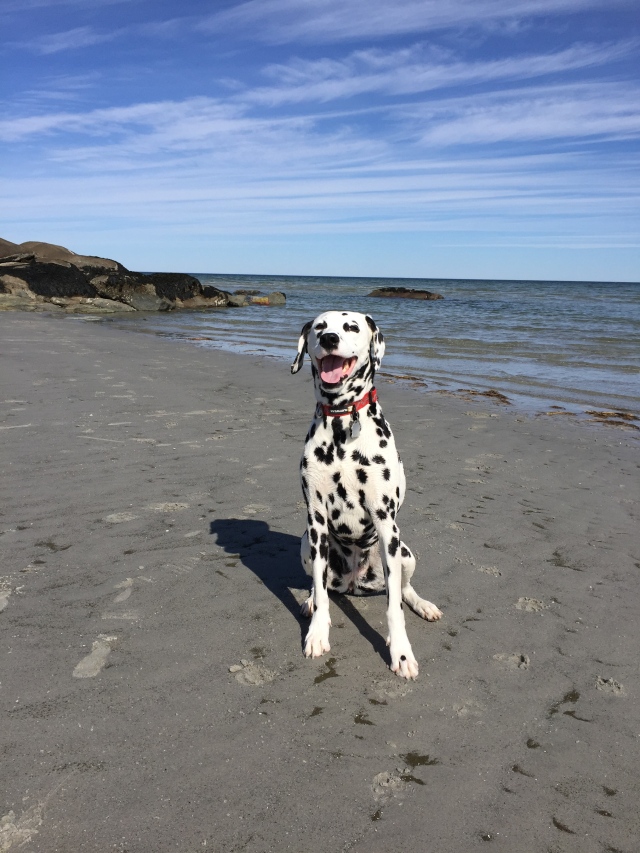 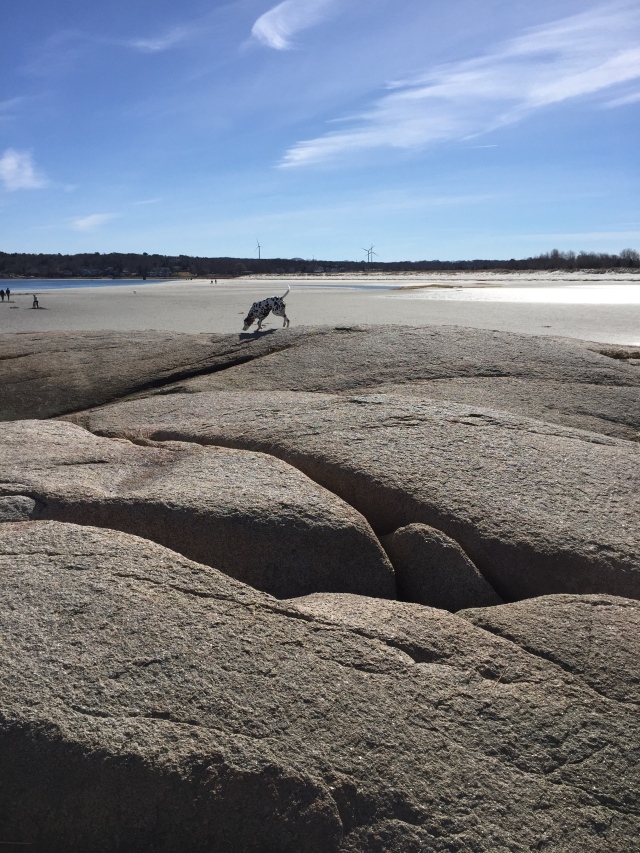 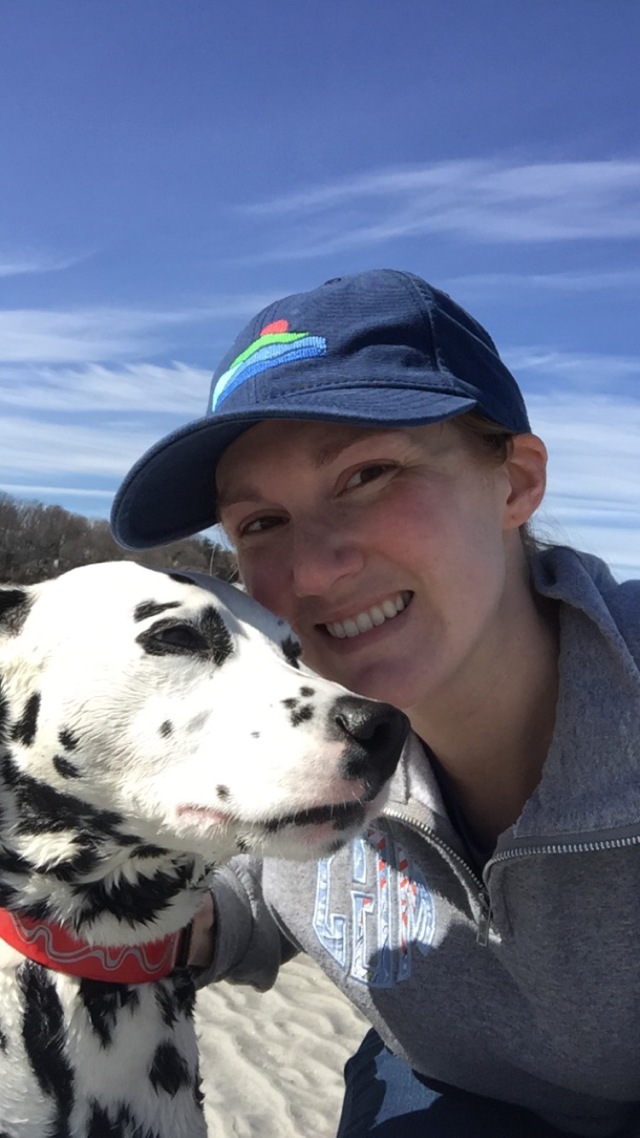 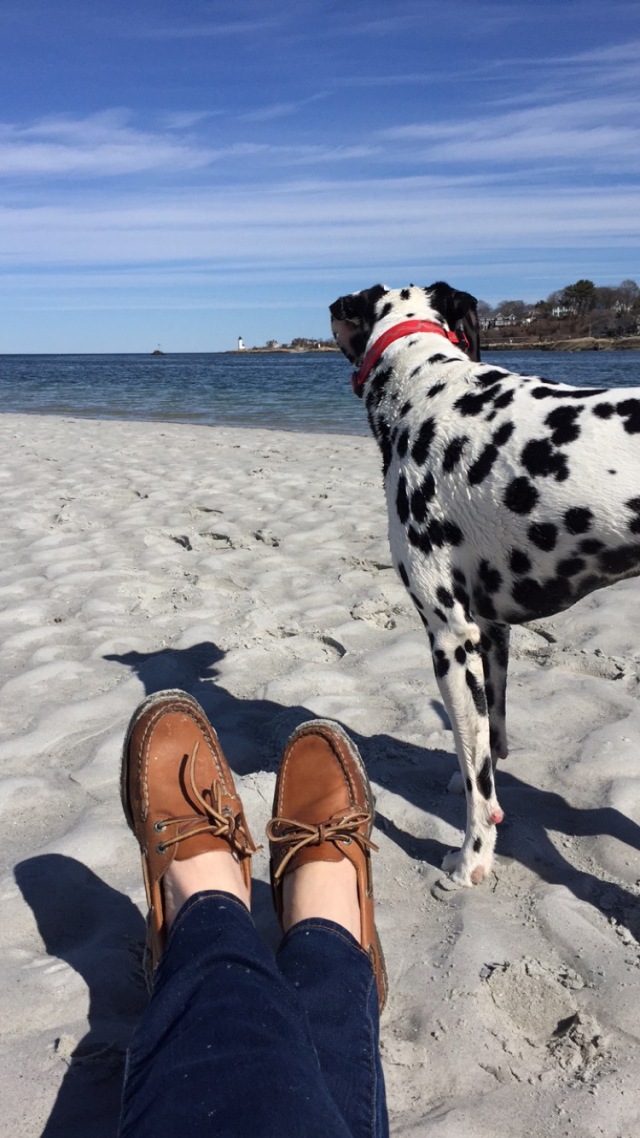 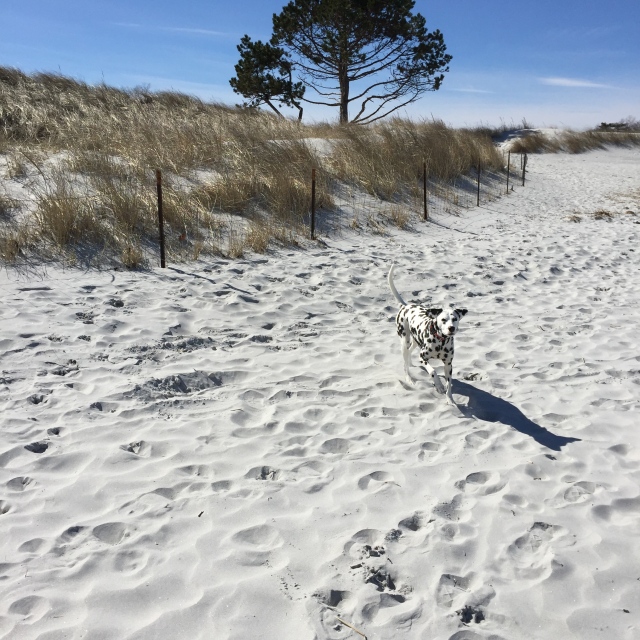 The awesome thing was that the sand is so fine and it was such a dry day, I just rubbed her down with a towel and we were ready to go! I really hope I get to go back with her before the season starts. From the beach, we headed to Rockport MA. Rockport is a really cute coastal town, lots of little shops, cute harbor, cute houses, very New England. This is a typical second stop for my family after the beach, another typical stop would be Woodmans in Essex….beach, fried seafood, and ice cream, the stuff summer dreams are made of. Here are some pics from Rockport! 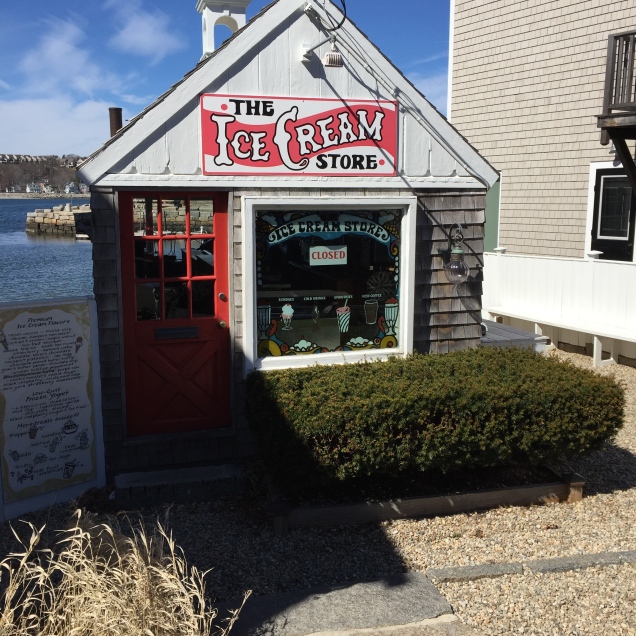 Closed for now, busy spot in the summer! 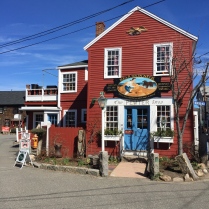 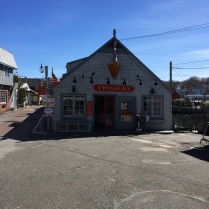 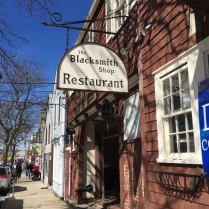 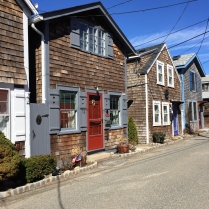 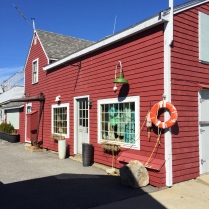 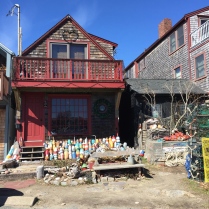 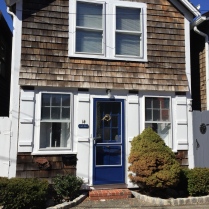 Love the door on this cottage! 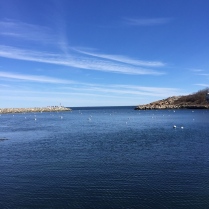 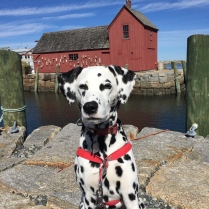 Motif Number 1 on Bradley Wharf is known as the “most often painted building in America”. The building you seen in the pictures is actually a replica; the original built in 1840 was destroyed in the blizzard of 1978. The replica was built that same year. A painter named Lester Hornby is credited with its name because it was such a favorite among artists to portray. In the 1930s, it was owned by John Buckley, who used it as a studio, and then it was sold to Rockport in 1945. It stands as a tribute to all from Rockport who have served in the armed forces and is still a popular subject for painters and photographers.

This weekend is not going to be as nice I don’t think, which might be good because the fiancé and I have a lot to do for the impending nuptials!! It was definitely nice to get a little beach time in though, and its always nice to see Mizpah enjoying the nice weather!

What’s your favorite beach? Is it a lake or an ocean? Tell me all about it!